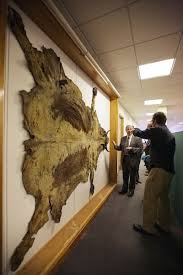 The work of Edward Jenner is quite remarkable. In the late seventeen hundreds he discovered the process of vaccination as a way to counteract the deadly disease smallpox. This was many years before the proposal of the idea that germs and bacteria were responsible for illness and sickness in humans. Jenners genius was based on observations  and research, he did however need a subject.

Medical Studies That Pay are now a feature of modern medicine but this was not an option for James Phillips, Sarah Nelmes and a cow called Blossom. Jenner noticed that milkmaids, once they had contracted cowpox never got smallpox. Jenner wondered that if he gave a subject a mild form of cowpox would the body somehow learn that if it had had cowpox it could not “get” smallpox.

Nelmes caught cowpox from Blossom and using the pus from her sores Jenner injected Phillips. This was a risk but apart from a rise in temperature and a feeling of general unwellness, plus a panic attack no doubt, Phillips remained ok. He showed brief cowpox symptoms then it was gone. Crucial he did not get smallpox even when he was exposed to it. Blossom also recovered and is now hanging in a medical school.