The Wonders of Turkey

This year has left most people feeling like they need a bit of sun and a relaxing holiday away from it all – and where better for that than Turkey? As well as the sun, sea and fantastic beaches, Turkey has some of the most fascinating historical places to visit, so as well as enjoying the relaxing side of things, you can get your fill of Turkish culture and history as well.

There are plenty of places you can stay, have a look online for villas Turkey and you will find something to suit everyone.

The Ruins of Ephesus – If the Roman empire interests you, and you want to get a glimpse of life in those times, this is the place to visit. One of the most intact Roman cities still in existence, Ephesus is the place to be to take in all the Roman architecture. 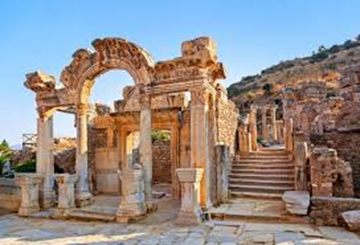 Topkapi Palace – The spectacular and sumptuous palace harks back to the golden age of the Ottoman empire. See the bejewelled royal realm inhabited by the Sultans that once had power over vast swathes of Europe and Africa.

Pamukkale –        For natural wonders this is one of natures greatest spectacles. The sparkling white travertines stand out in the Turkish sun and at the top you will also find the ruins of the Roman spa town Hierapolis.

Mount Nemrut – An archaeological wonder, this site in Eastern Turkey is home to the broken statues of the ancient gods that once guarded the place. Both intriguing and eerie, it is not to be missed.