Delicious food facts you should know 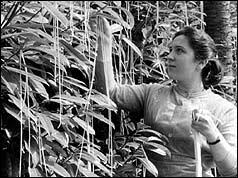 Food for all the senses is a feast and can also cause several emotions. Unique moments are conjured up by various meals, though some foods can even make us laugh out loud. Here are some funny food facts. To boost the taste, food flavouring can be added to several recipes. Don’t forget that some excellent Organic Vanilla Extract from Foodie Flavours is a prefect addition.

In certain situations, if you’re a little heavy-handed with the nutmeg on your eggnog, it can cause slight hallucinations.

Way back in 1957, with a documentary about spaghetti growing on trees, the BBC played an April Fool’s Day hoax. The world back then was a far more innocent environment. They also had videos of women in Switzerland collecting their pasta from spaghetti trees.

The Rose family is made up of edible fruits, including apples, pears, plums, cherries, apricots, raspberries, strawberries and peaches.

The cocoa bean was used as a form of currency by ancient civilizations in Mexico and South America, particularly the Mayans and the Aztecs, as early as 250AD. Perhaps that’s where the idea of giving money for Christmas chocolate comes from.

Research has shown that colour affects how taste is experienced by us. Using red and white wine as an experiment, research from Bordeaux University found that when students were given white wine that was coloured red, they typically used adjectives related to red wine, while it still tasted like white wine.

To boost the taste, food flavouring can be added to several recipes.