How we use our Roads and Motorways.

Roads have become the principal way that we get around our country. At one time it was the Train but after the invention, and increasing cheapness, of the Motorcar it was the road system that began to take over. Most of our roads are based on existing Farm tracks and lanes or even Roman Roads. Once the traffic increased the need for bigger A roads, either one or two lanes and then three lane Motorways, started to rise. 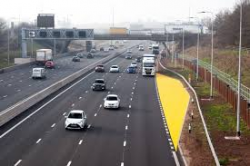 The road system has to take in both the use of the commercial and the domestic traffic. For example a Same Day Courier Gloucester based company will  easily use both Motorway, A and B roads to make sure that a parcel is delivered on time.

As the use of cars increases, and it shows no sign of stopping, the development of roads is becoming a major focus. Unfortunately, the use of the car and the building of more and bigger roads is an environmental issue that also has to be addressed. The question becomes how will we find the space to build the roads to get to the places we want to go? This means that we need to have a careful look at the planning and development of existing roads before we start to embark on making more.