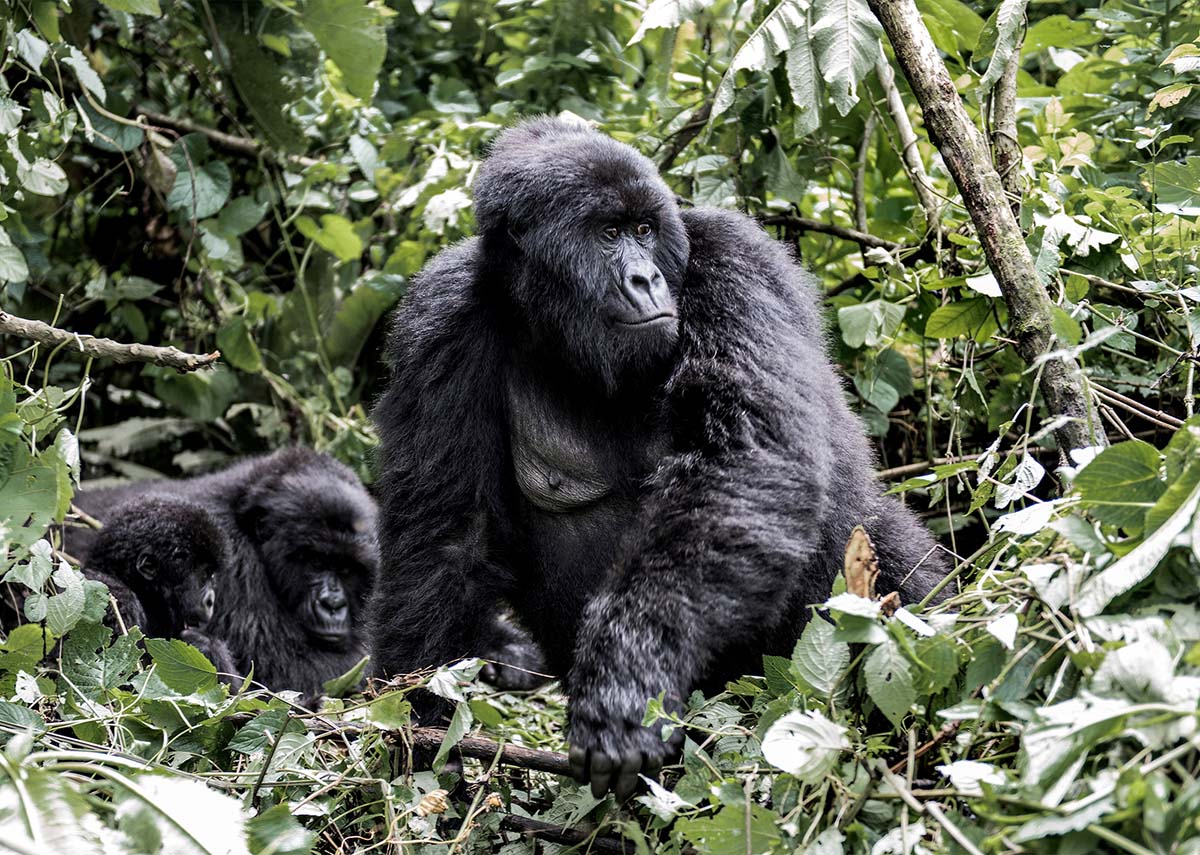 Gorillas are the largest of the living primates, and most of them live in dense forests in tropical Africa. Only around 630 mountain gorillas survive in the wild and continual loss of habitat is a severe threat to their existence as the rich soil in the Virunga Volcanoes is valuable for farming. However, there have been many initiatives and conservation programmes to protect the gorillas.

The Virunga Volcanoes form the border between Uganda, Rwanda and Democratic Republic of Congo. These mountains are an important home for the mountain gorillas. Along with the Bwindi National Park in Uganda, this area forms their last safe habitat, although the Guardian reports that oil exploitation could be a new threat.

Mountain gorillas are huge with a broad chest and shoulders, long arms, a large head and hairless muzzle. Mountain gorillas have a shy personality and will never seek confrontation. However, they make formidable opponents if threatened and will always defend their families.

Family groups are close, with up to 30 members, and are normally led by an adult male, the silverback gorilla. The home range of a family is around 10 to 15 square miles and the family is nomadic, which means gorillas will build new nests each evening.

There is much interesting behaviour among gorillas, including demonstrations of power between males such as chest beating, bluff charges, standing tall on hind legs, galloping on all fours, stamping feet and slapping the ground with their palms.

Female gorillas have a baby every three or four years from the age of around 10, while males sire offspring from the age of 12-15, when they head their own family. Young gorillas develop twice as fast as human infants and start to become independent at around 3 1/2 years old.

Tourism is an important part of the economy in tropical Africa. There are various safari holidays available in Rwanda and Uganda, and people from all over the world come for a gorilla trekking experience.

These holidays give visitors the chance to see the mountain gorillas up close in their own natural habitat. Visitors will get to see the animals eating their favourite foods, such as celery, bamboo, thistles and stinging nettles, and living their daily lives in their natural surroundings.